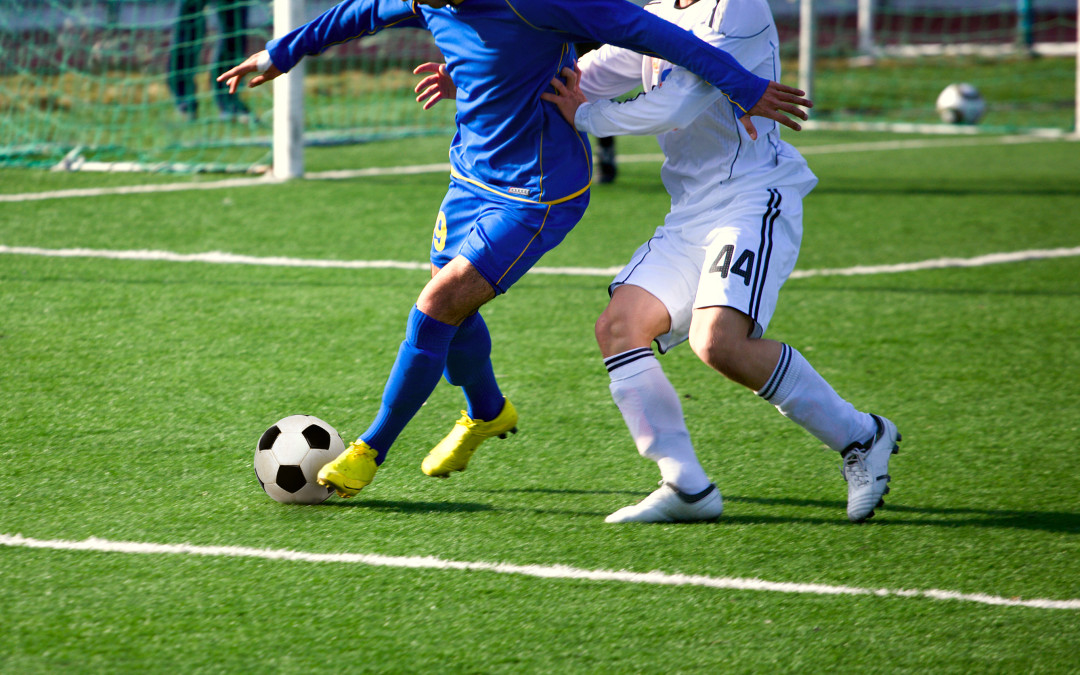 No matter what the sport, the muscles and joints of the hip play an important role in speed and power. However, as the level of competition increases, athletes can become increasingly susceptible to hip injuries. Below are 3 common hip injuries often seen in athletes, as well as how to treat them.

The hip flexors are a group of that originate in the lower back and pelvis and assist in flexing the hip. The muscles not only control an athletes ability to walk and run, but also the amount of force generated through the leg. When one of the muscles becomes torn or damaged (most often the iliopsaos or rectus muscles), it is know as hip flexor injury. This injury is especially common among soccer players due to the repetitive swinging action of the legs when kicking. The most common symptom of this injury is pain in the region of the hip when walking or during activity.

This condition can be treated with activity modification (i.e. limiting hip intensive activities), anti-inflammatory agents and a physical therapy regimen centered on stretching and strengthening the affected muscle groups while they heal. Typically these injuries tend to be self-limiting and take up to 3-6 weeks to heal.

The piriformis is a flat band of muscle and tendon that is located near the top (lateral) portion of the hip and thigh bone (femur). It originates from the sacrum and attaches to the greater trochanteric portion of the femur. It plays an important role in stabilizing the hip joint as well as allowing the thigh to abduct and rotate outward. When this muscle-tendon unit is injured, it can begin to swell and irritate the sciatic nerve, which is located near the piriformis muscle. This irritation may cause pain that radiates from the hip and lower back and may radiate into the thighs.

This injury is prevalent in runners as the piriformis muscle plays a role in the transition from the “stance” phase and the “swing phase”. The stance phase begins as the runners’ foot is planted and the piriformis muscle is contracted. As the runner lifts the foot into the swing phase, the piriformis muscle releases and allows the leg to rotate externally. Over time, small micro traumas to this muscle-tendon unit can cause irritation, resulting in tendinitis. The most common symptoms of this condition are pain along the outer part of the hip that may radiate into the lower back and into the leg.

This condition can usually be treated successfully with a combination of anti-inflammatory agents and a supervised physical therapy regimen that would include activity modification, extensive stretching, strengthening, and deep tissue massage in conjunction with modalities such as electrical stimulation and deep heat via ultrasound. Occasionally, injections of a corticosteroid into the inflamed muscle-tendon unit are required.

The IT Band (Iliotibial Band) is a thick band that starts at the outside of the pelvic brim and continues down below the knee joint of the tibia. The primary role of the IT Band is to provide stability to the knee during running and pivoting motions and allows for a fluid motion to occur between the hip and knee. When the IT band becomes injured, due to overuse or repetitive strains associated with pivoting or jumping activities, it can cause tightness and pain extending from the side of the hip to a point just below the kneecap.

It is also important to note that this injury can cause compensatory injuries in the non-affected knee as well. As the IT Band becomes injured, it can contract and become shorter on one side of the body. In order to compensate for this loss in length and function of the IT Band, the body will displace extra weight on the non-affected knee. This extra weight and altered function can increase the chance of injuries to the ligaments and tendons of the opposite knee.

This condition can be treated by a combination of stretching, (both actively and passively with a foam roller), strengthening of the hip abductors, and the use of anti-inflammatory agents. Usually, this is done in conjunction with a supervised physical therapy regimen followed by continued home treatment.

Dr. Nicholas Alexander is the Founder of Mahwah Valley Orthopedic Associates and a Board Certified Orthopedic Surgeon specializing in both the surgical and non-surgical treatment of hip and knee conditions.  Dr. Alexander completed his Fellowship in Adult Reconstruction and Reconstructive Surgery of the Hip and Knee at the Johns Hopkins School of Medicine and has over two decades of experience. He also serves as the Chairman of the Valley Hospital Total Joint Center. Dr. Alexander has offices in Mahwah and Clifton, NJ.  If you, or someone you love, is considering treatment for a hip or knee injury, contact us today for a consultation.